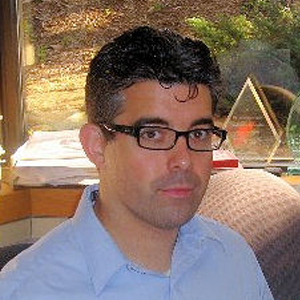 Michael Wolter
0 entries
0 comments
Name
Michael Wolter
Title
Program Director Management and Leadership
School
School of Business/Technology and Advanced Manufacturing
Program
Management and Leadership
Phone
(860) 913-2154
Email
mwolter@goodwin.edu
Office Location
One Pent Road
Status
Full-Time
Bio
Michael Wolter has a diverse background spanning many aspects of the business world. Prior to the completion of his undergraduate degree Michael was trained as an audio visual consultant at Pfizer, Inc. and a department lead at Staples, Inc. After completing his undergraduate degree at Eastern Connecticut State University, Michael transitioned into the world of higher education. His higher education career started in Residence Life at Central Connecticut State University. In this position he oversaw a staff of 15 and ensured the safety and co-curricular education of 130 students. Michael developed and enhanced his skills in staff training/development, group dynamics, and crisis management. Michael’s passion for the business world led him to the position as a Career Advisor in the Career Service Office at Trinity College. In this role he helped students develop their professional skills which included interviewing, resume development, and networking skills.

In the Fall of 2010, Michael had the opportunity to teach a Management course for Eastern Connecticut State University in the Business Administration department. After his first class, Michael realized that teaching in higher education was his dream career. After this realization, Michael enrolled and was accepted for a doctoral program in Organization and Management at Capella University. Michael continued to work as an adjunct instructor.

Michael understood that to be effective as an educator in the field of Organizational Management, he would need to continue to increase his occupational experience. Michael accepted a full-time position as a Mentor Coordinator with KIDSAFE CT, a local non-profit organization in Rockville, CT. Michael had volunteered for this organization for years previously and is very passionate about supporting their mission. In a short time, Michael was promoted to the Coordinator of Mentor Services as well as coordinated fundraising and public relations. Michael spearheaded several marketing, donations, and fundraising initiatives for the organization that included Annual KIDSAFE CT Car Show, KIDSAFE CT Bowl-a-thon, Build-a-Bear donations for local at-risk kids, and KIDSAFE CT Mentor Recruitment. Michael also incorporated social media and coordinated the redevelopment of the organization’s web presence to help with marketing.

In May 2011, Michael joined the Goodwin University community as an adjunct professor in the General Education department teaching ASD 120. In May of 2012, Michael was asked to join the Business Administration department as an adjunct instructor. In July of 2012, Michael was promoted to Assistant Professor in the Business Administration and Organizational Studies Program. In the Fall 2013, Michael became the Program Director for the Management and Leadership program overseeing all the curriculum, advising, supervising faculty, and program enhancements.
Education
Ph.D., Capella University
BSGS, Eastern Connecticut State University
MSOM, Eastern Connecticut State University
Certified Practitioner of the Myers-Briggs Type Indicator®
Areas of Interest / Study / Research
Mentoring; Assessment; Performance management; improvement and change agents; Training and development; Utilizing technology in the workplace; Social Media; Ethics; Non-profit organizations.

Dissertation Topic: The Relationship Between Employee Motivation and Leadership Styles For Remote Call Center Representatives In The United States.
Giving Back
Michael is very passionate and active in providing back to the local community. Michael is also an active mentor for new professionals.